For a long time, developing a kink with a partner has been used to switch things up in people’s sex lives, and has even been found to save relationships. But when surveys show that nearly 50% of the people they asked are interested in kink, you might wonder if there’s more to it.

Kinks have been shown to have romantic healing power. It can bring the sparkle back into your relationship, deepen the trust between one another, and make you better communicators.

What is a Kink?

Anyone can be attracted to or aroused by a different thing or activity, and as long as having this kink doesn’t bring you any psychological disorder (such as anxiety, for example), there’s nothing to worry about!

At first, a kink might sound like something to be embraced only by the body – how it feels, the new sensations it brings, and your body’s reactions to them. But far from being only a bodily experience, a kink can resonate on a deeper mental level, making us connect to parts of ourselves we didn’t know about.

The Benefits of Having a Kink

Although this is an area where much more research could be done, studies that have been done showed that people that engage in kink experiences or dynamics:

Even so, one might ask whether these are just traits common among people who are interested in kinky sex, or whether kinky sex has augmented these traits in people.

As more research comes out, everything points to the latter. For example, a study carried out in 2009 showed that people engaging in positive, consensual sadomasochistic practices experienced lower levels of cortisol, which is a harmful stress hormone.

The Mindfulness of Kink

Some of the benefits of developing a kink might have something to do with the fact that kink can be a form of mindfulness. Mindfulness is defined as bringing present moment awareness to what you are doing.

Another preliminary study suggested that the “switches” (someone who can play the role of both dominant and submissive) saw their anxiety levels reduced by bringing the mind to an altered flow state of consciousness.

So, Should You Develop a Kink?

As we have seen, developing a kink has many benefits, not only for your relationship, but also for your individual well-being.

So as long as there’s consent, you establish your soft and hard limits, as well as your safe words, I say let’s get kinky! 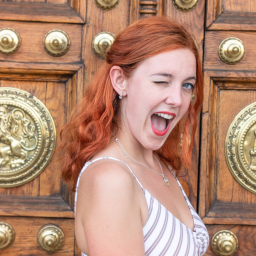 About the Author: Claudia Lopez

Sex Educator 🤓🍑 Here to help you learn what you’ve never been taught.

Cyclical Eating: Optimize Food Choices During Your Cycle to Support Yourself in Each Phase

Cyclical Eating: Optimize Food Choices During Your Cycle to Support Yourself in Each Phase

Restarting a Movement Practice After You’ve Been Inactive Doesn’t Have to Be As Daunting As You Think!

Restarting a Movement Practice After You’ve Been Inactive Doesn’t Have to Be As Daunting As You Think!

Photobiomodulation: Is Red Light Therapy A Clever Marketing Ploy, or Is It A Key To Reducing Oxidative Stress, Inflammation and Pain?